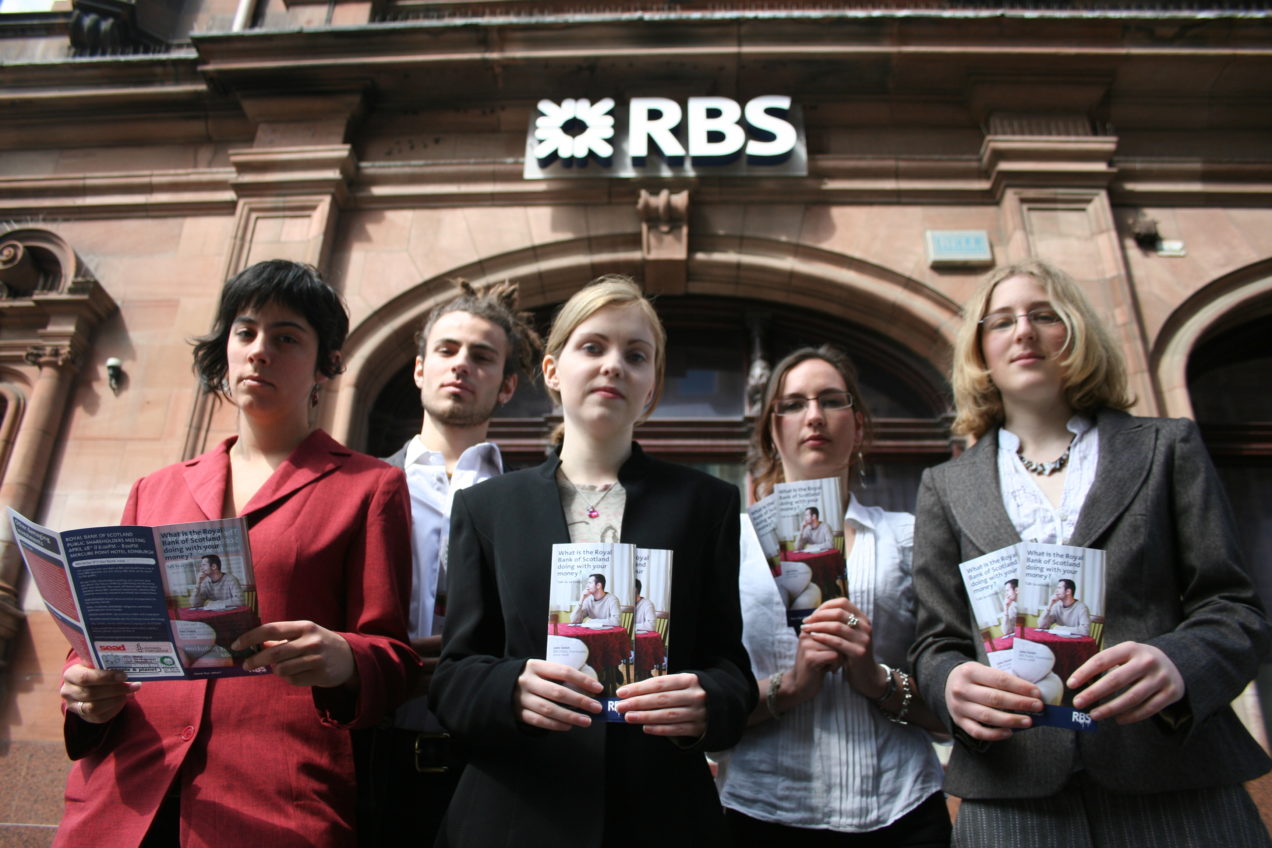 Creativity and crises over the last 10 years of the publicly-owned polluter.

“Make It Happen” was an RBS slogan that meant far more than they intended. In the mid-2000s activists had spent years of fighting oil spills, pipelines and mega coal mines and the damage they cause. When they began to look deeper into how these projects came about they found that, more often than not, it was banks like RBS who provided the money to make it happen.

Back in 2007 RBS boasted “Whether your oil and gas finance requirements are straightforward or complex, RBS will bring its broad and deep experience of the hydrocarbon sector to bear on them”, and “the thing that makes us different is that we are a truly oil and gas bank.” In case you missed the point, they promoted their services on the website www.TheOilAndGasBank.com.

London-based group Platform started the charge on RBS in a report entitled ‘The Oil & Gas Bank‘ by Mika Minio-Paluello published with the support of Friends of the Earth Scotland, People & Planet, NEF and Banktrack.

Minio-Paluello set it out: “the bank is intimately involved in transforming the carbon locked in oil and gas reservoirs thousands of metres underground into atmospheric carbon dioxide – the main cause of climate change. If carbon dioxide molecules had corporate tags of responsibility, the atmosphere would be filled with RBS logos.” END_OF_DOCUMENT_TOKEN_TO_BE_REPLACED