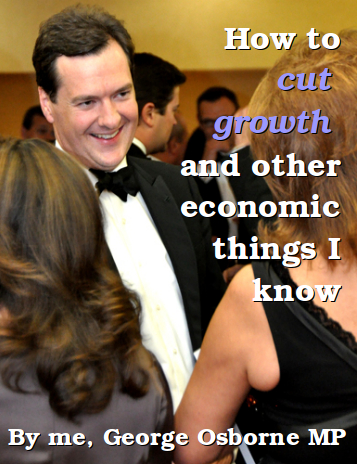 Encouraging people to pass on their wealth unused to the next generation is a great way to reduce the amount of money flowing through the economy. I’ve not yet been able to deliver my full plan for cutting growth in this way, but you can be sure we will deliver this plan once the opportunity arises.

Our new policy for social care is centred on home-owners. Naturally reducing care costs for people is helpful in general, but we’ve made sure our plan delivers as little benefit to the wider economy as possible. By focusing on delivering benefits to people who already have assets, we’re making sure they keep them and pass them on to the next generation, rather than have that money put back into the economy.

Trimming down welfare payments takes cash away from people who don’t have excess income. As these people are very likely to spend the money they receive, giving money to them is a good way to get money flowing round the economy. By cutting welfare, we’re keeping this to a minimum. Chop chop chop!

3. Print money, but give it to people who won’t spend it

Although we’re not for more borrowing, we are happy to print a small (£375bn) amount of money for the benefit of our pals at the banks. This is a highly effective way to slow economic growth, as compared to other forms of spending (see above and below) it doesn’t go very far, and may very well end up being spent on the kind of financial products that caused the financial crisis.

5. Split the country into bits

Our compelling agenda for a somehow better Britain is doing wonders for the ‘Yes Scotland’ campaign, helping Scots see just how much better a job they could do running the economy themselves. Once their gone we can kiss that oil revenue goodbye!

7. Invest in unproven expensive energy sources and create uncertainty over reliable ones

Nuclear power and gas fracking are risky and expensive, so I’ve promoted them above simpler renewable technologies which could deliver in short timescales, to make sure we pay higher costs now, and don’t get any benefits until many years in the future.

8. Apply tax breaks, but only to people who already have excess cash

The new 45p top rate of tax and higher ‘personal allowance’ of £10,000 are proud achievements, cutting the tax of people who are in work and already making a money. This is a big part of my economy-crashing strategy, as it means that only people who already have money get assistance. As they don’t need much extra cash, most of these lost tax receipts will go into bank accounts and sit quietly for many years to come.

As you can see, by following my trusted formula, you get dependable results every time. Low growth, no growth, even negative growth is possible! The likes of Germany, USA, Iceland, and other recovering economies have a lot to learn about macroeconomics from me, George Osborne MP. It’s amazing to think that when I came into this job I only had a BA in Modern History.

This post was originally published on budget day at Bright Green.