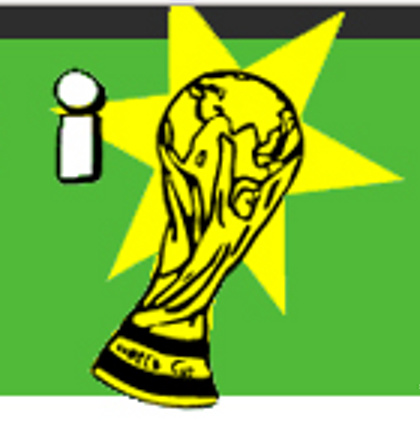 In 1838 in a period of unrest during the fledgling years of the Mexican Republic, a French pastry chef living in Mexico City had his shop destroyed by looting soldiers. Receiving no sympathy from the Mexican Government, he turned to his native France for assistance. Paris responded by demanding 600,000 Pesos from Mexico in compensation – a ludicous amount for a pastry shop – but along with claims of unpaid debts, a good excuse to start a war. That they did and with 30,000 troops in tow, France had its money within the year.

24 years later, the French returned to the shores of Mexico asking for more money and with designs on empire building. The outnumbered Mexican republicans scored a famous victory at the Battle of Puebla on the 5th of May 1862, now celebrated every year as Cinco de Mayo. The republic went on to lose control of the country, regaining it only after three years, with assistance from their northern neigbour, the United States, and a decline of French interest in the teritory.

Intervention in the affairs of a nation dressed up as “settling unpaid debts” was a popular pastime of the French republics and monarchies in the colonial era. Upon Haiti’s independence, the former occupier demanded payments to the French to compensate for lost revenues and slaves which were now part of an independent Haiti.

These are dark tales of a past age where European powers sailed the world, stuck flags on islands, grabbed what they wanted, and left what remained in tatters. Much of this age is mercifully over. Yet the practice of using national debt as an excuse for intervention is not.

Mexico is a poor country, with annual income per person at £6,988. It borrows money from rich countries to help lift its people out of poverty.

France is a rich country, with annual incoming per person at £19,750. It lends money to countries like Mexico both independently and through international organisations like the World Bank.

When poor countries can’t afford to service their borrowings anymore, often because of rising interest rates, rich countries like France, just as in 1862, don’t demand just their money back. Whilst before western lenders would turn up with a flotilla of ships, now they come with bankers and advisers, explaining how if they want to ever be able to borrow again they will do what they’re told: privatise public services, deregulate markets, and lower taxes – a process delicately termed “structural adjustment”. After two centuries of debt disputes, Mexico suffered perhaps its greatest defeat when, addled by debt given by western lenders, it signed up to a structural adjustment package in the 1980s.

Inequality has grown and provision of services has declined, yet, structural adjustment isn’t dead. Countries like France have marched in line behind this modern interventionalist banner both when Haiti required relief after its hurricane in 2009, and in the wake of the Greece’s recent budget crisis.

Mexico and France had the honour of playing the first two matches in the tournament on Friday. Mexico played firmly to draw 1-1 with a South African side that showed occasional, but unsustained vigour. France held a goalless draw with Uruguay which has been described by others as one of the dullest matches they have ever played. For their opening performances alone, Mexico deserve a victory at Polokwane this Thursday.

I urge you to support Mexico for another reason.

We don’t know much about what became of the pastry chef “Monsieur Remontel”, but it seems likely that any compensation he receieved for his flattened shop wouldn’t have made up for the devistation inflicted upon his neighborhood by the full scale French invasion force. Another victim of France imposing its will using debt collection as an excuse. Until countries like France stop using debt of a way to keep the world in check, poorer countries like Mexico will always suffer.

So let us hearltily support Mexico, in eager anticipation of a reenactment of its victory over its unscrupulous lender on Cinco de Mayo, and to many more such victories beyond!

This post was originally published on the World Development Movements World Cup website, ‘Who Should I Cheer For?’