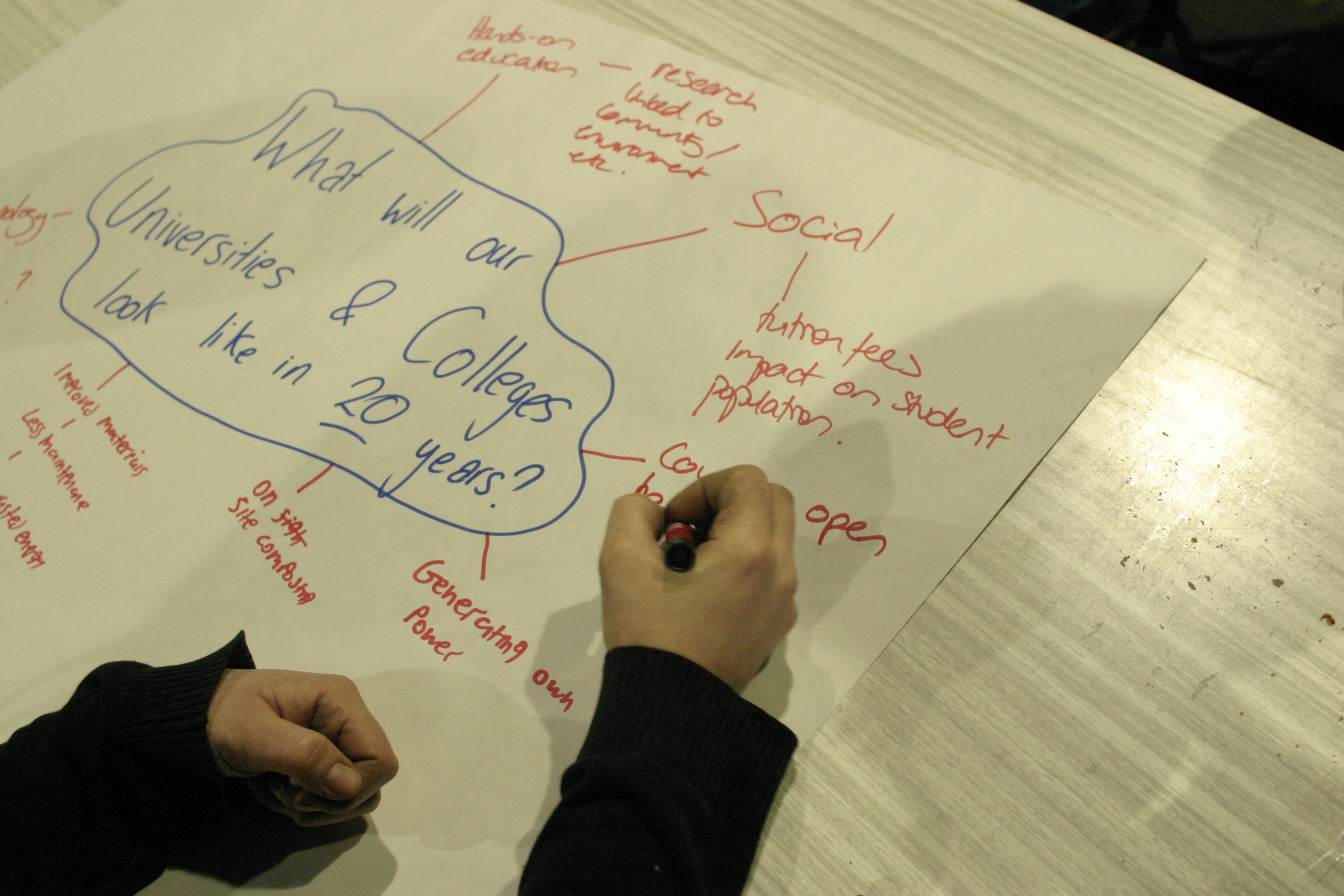 This article was written in early 2011 and published in Rob Hopkin’s book ‘the Transition Companion’, published in October 2011.  You can buy the book from Transition Network here and read most of its chapters online here.

Inspired by a simple and purposeful talk introducing Transition, a small group of students and staff decided to do what we could as a community to see a low-carbon transition take place. We asked “What do we want our university community to look like?”

Some things seemed just right: world-leading teaching and research in environmental issues like carbon management was already striding ahead; thriving student community groups; campuses powered by locally generated heat and power; canteens serving a good deal of local food; and the profile of Fair Trade was high and rising.

We saw other things too, though. A student and staff mainstream hooked on consumerism and high-carbon exploits, an academic culture driven by internationalisation and globalisation, and many disconnected students and staff with no links to their peers. Good things were happening, but bigger things were holding them back.

So Transition Edinburgh University set its mission to inspire big changes by putting practical action on climate change centre stage at Edinburgh University. Our Food Working Group begun bringing local veg and organic everything straight to students and staff. We’ve been reusing the unwanted possessions of freshers by passing them on to next year’s students. And, with help from the Scottish Government, we ran a two-year project cutting energy usage in student homes, helping people choose local, flying-free holidays, and raising awareness with campus Go Green Weeks, photography exhibitions and courses like Carbon Conversations.

We are not a department, a committee, a coalition, or an umbrella group. What we are is a space where things happen; some ambitious, some just fun. We move forward as part of other groups and others as a part of us.

And we’ve taken our ideas beyond Edinburgh. As part of the People & Planet network we have helped hundreds of fellow groups start projects at their universities and colleges, many of them running the Going Greener campaign, which we have helped develop and spread. We have also worked with staff unions and the National Union of Students, who are making great strides as well. Informal and informal networks have all proved key.

The role of universities in making change is crucial. Built to innovate and design the future, they are where challenges are met with solutions and become implementable. They must be part of the transition.

Our story is useful further still. Like businesses, societies, trade unions, schools, libraries and charities, we are a community of interest, not of place. In engaging such a community, we are overcoming the challenge of a dispersed and transient population. Yet the value of this work remains – after all, it is in such spaces that people work, grow and, often, find meaning.

One thought on “Transition Universities in the Transition Companion”