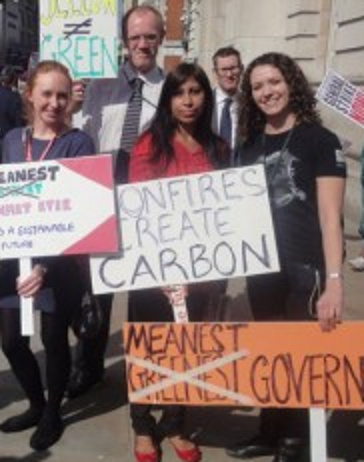 This week, some talented researchers and policy professionals packed up their desks, and left Osborne House in Edinburgh, marking the end of the Sustainable Development Commission Scotland. No more assessments on the Government’s progress on sustainability. No more independent policy recommendations. No more scrutiny.

An automated email message told me if I had a query I should get in contact with the Scottish Government directly.

It’s requires quite a leap of the imagination to think that poor sod civil servant #56 in the Government is going to be able to self-audit their own progress and that of their bosses, when they’re having their own budgets cut as it is.

At the other end of the scale, community workers at Climate Challenge Funded projects which weren’t given continued funding (including PIPER, Portobello Transition Town, Aberdeen Students Association, and my own project, Transition Edinburgh University) were packing up too. We will set up forwarding emails and do our best, but the professionals won’t be there. They’re job hunting, and getting ready to join the dole queue too.

In 2010, the Scottish Government announced they would replenish the Climate Challenge Fund – for one additional year. My project didn’t even get that. Sustainable development doesn’t happen in such short bursts.

How can our Governments make commitments to cut carbon on time-spans of half-centuries, and at the same time put projects in place which don’t even last a few years?

This is not what sustainable development was meant to look like. It’s short-term thinking, simplistic application of (neoclassical) economic theory. Building a sustainable society: one whose economy doesn’t depend on boom and bust, whose environment is clean, and whose people are happy and healthy, is just about the best thing a government could ever do. They won’t do it like this.

Dear Scottish Parliament, the carbon targets are great guys – tell me how you’re going to deliver them.

It’s election time, and I want some answers.

For more about the SDC axe, read this from Left Foot Forward.

As of writing, the latest YouGov Poll was putting the Scottish Greens on 6%, 2pts up from their 2007 result of 4%.