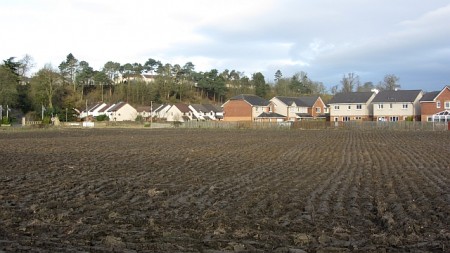 • Information obtained by Frack Off Scotland reveals plans to release 7000 times more of the potent greenhouse gas than previously claimed.

• Over 2500 residents have now signed up to support the Falkirk Against Unconventional Gas campaign.

Opposition is mounting against Australian company Dart Energy‘s controversial new gas drilling in central and southern Scotland as documents obtained by Frack Off Scotland show the extent of damage the operations will cause.

Information obtained under Freedom of Information legislation and published in the Sunday Herald shows that Dart Energy expect to vent up to 5 tonnes of methane into the atmosphere per day at Airth, Falkirk. According to Frack Off Scotland, the company had previously claimed emissions would not top 0.7kg per day.

The FoI release includes the Airth ‘Field Development Plan’, which states that “a license shall be in place far an allowable five tonnes per day cold venting” and “there will be a provision to facilitate venting and flaring at well sites”. But in a written Q&A session with members of the local community, Dart answered the question “How much methane will be vented to the atmosphere from these vents?” with “The volumes involved will be less than 0.14m3; per day for the whole project”.

Dart Energy’s expansion proposal is currently in planning stages and their application is under consideration with Falkirk and Stirling Councils. Perhaps afraid of the influence of local people on the planning process Dart Energy have appealed for the Scottish Government to take away the local authorities power over the development. Reassurances that no licence to “frack” for gas has been requested have not placated local people and environmentalists who remain concerned about the wide range of impacts of drilling for coal-bed methane.

A new local coalition, the Concerned Communities of Falkirk, has been mapping opposition from local people having enlisted named support from two thirds of residents in the most affected neighbourhoods in Falkirk.

Over 100 local people were joined by Australian coal-bed methane campaigner Dr. Mariann Lloyd-Smith in Falkirk on 22 May 2013. Photo by Ric Lander (licensed under Creative Commons)

As well as the impact to the local community high methane emissions would undermine Scotland’s hard won leadership Scotland on climate change. Methane is 27 times more potent a greenhouse gas than carbon dioxide, and Frack Off Scotland estimate that if they released their planned emissions over the 25-year lifetime of the wells 1.2 million tonnes CO2 equivalent of gas would be released: 2% of Scotland’s current carbon emissions.

This doesn’t account for so called “fugitive” emissions and emissions from flaring, both of which are likely to occur at Airth. Such effects smash Dart’s preferred image of new gas as a clean fuel.

Information about wider health and environmental impacts can only be guessed at as the Scottish Environmental Protection Agency (SEPA) have refused to publish full field development plans, citing commercial confidentiality. Data on methane emissions was also refused but released after an appeal

Frack Off have confirmed that they are appealing to the Scottish Information Commissioner to receive the full development plans.