Unlike coal or on-shore renewables, this major industrial activity goes far away from communities and most people’s daily lives. To most people it is invisible. 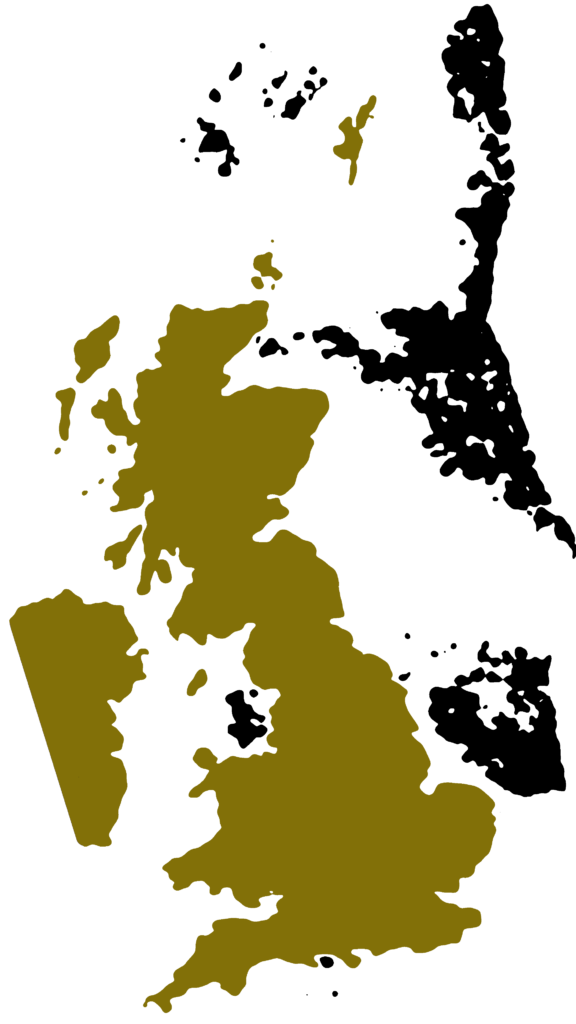 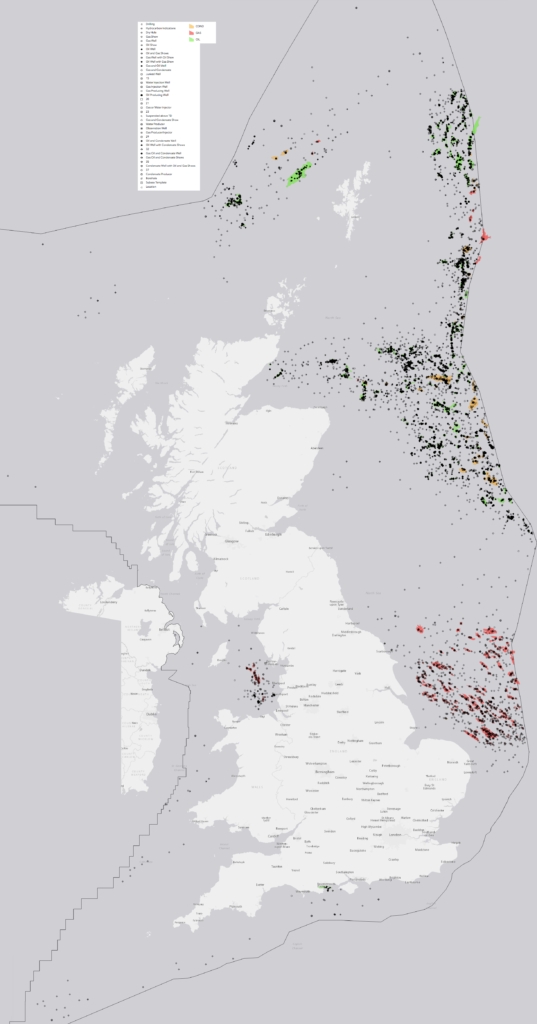 To more clearly visualise the scale and breadth of the UK’s oil and gas industry I have taken the UK Government’s official map of drilled wells and applied filters to show the fossil fuel producing ‘regions’ of the sea, shown in black.

You can click on the maps to see more detail. You are also very welcome to adapt them for your own projects.

I also made this sharable image for social media.