A little about events, conferences and workshops I’ve organised. 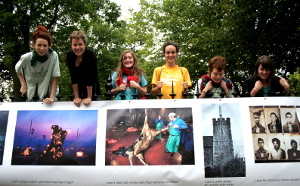 ‘Visions of Change’ workshop leaders with the Hard Rain exhibition.