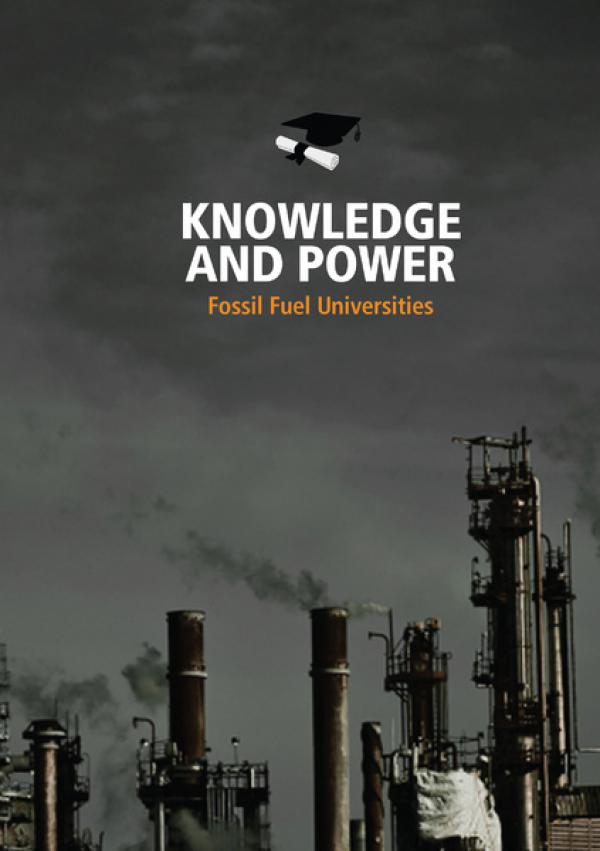 A new report written by Ric Lander on behalf for People & Planet, Platform and 350.org has exposed the extent to which the fossil fuel industry is financially interconnected with UK universities.

The report, Knowledge and Power – Fossil Fuel Universities, reveals that UK universities have an estimated £5.2 billion invested in the fossil fuel industry, equivalent to £2,083 for every student in the UK. Using data obtained through Freedom of Information requests and crowd-sourced from students and staff at universities across the UK, it also reveals the weaknesses of our university’s current ethical investment policies.

And the ties go much deeper than purely financial support. The report accuses universities of ‘greenwashing’ a sector whose business model relies on burning 5 times more carbon than is safe to avoid a climate crisis. For example, senior executives from BP and Shell have received 20 awards and honorary degrees from UK universities in the last decade alone, providing them with valuable legitimacy and a ‘social license to operate’.

“UK universities have become the victims of corporate capture at the hands of the fossil fuel sector. We are allowing vital public infrastructure to be used to subsidise and expand a dangerous, out-dated energy model that only benefits the profits of oil and gas companies.”

The report is the most comprehensive assessment to date of UK universities ties to the fossil fuel industry, and paints a damning picture of the industry’s influence over research agendas. For example, of the 258 papers published by the Oxford Institute of Energy Studies, only three focussed on renewables, whilst the Institute received more than half of its grants from oil and gas companies. In 2013 Imperial College London has more research funding from fossil fuel companies than any other UK institution, receiving £17.3 million from Shell and BP alone.

The report coincides with the launch of People & Planet’s Fossil Free UK divestment campaign.  In collaboration with 350.org co-founder and acclaimed author Bill McKibben, students will embark on a UK tour to kickstart the divestment movement in a fortnight.