However, in order to proceed a mandate is needed for whatever is to be negotiated. Although the margin for ‘leave’ was narrow, I believe that if the nature of Brexit had been clear during the referendum debate proceeding with the project now would be quite reasonable. But it is arguable the leave vote did not even mandate leaving the common market – let alone cutting regulation, environmental and labour standards all the rest that the harder Brexiteers desire. The mandate is fuzzy at best.
END_OF_DOCUMENT_TOKEN_TO_BE_REPLACED

Ireland’s parliament, the Oireachtas, passed the Fossil Fuel Divestment Bill in July 2018. It’s a very simple piece of law that instructs Ireland’s Strategic Investment Fund not to invest in new fossil fuel supply companies, and to wind down its current investments within five years. END_OF_DOCUMENT_TOKEN_TO_BE_REPLACED

As major UN talks on climate change begin in Poland, UK-based oil company Shell have made a big announcement, and if you care about climate change, it’s worth getting to grips with. END_OF_DOCUMENT_TOKEN_TO_BE_REPLACED

Creativity and crises over the last 10 years of the publicly-owned polluter.

“Make It Happen” was an RBS slogan that meant far more than they intended. In the mid-2000s activists had spent years of fighting oil spills, pipelines and mega coal mines and the damage they cause. When they began to look deeper into how these projects came about they found that, more often than not, it was banks like RBS who provided the money to make it happen.

Back in 2007 RBS boasted “Whether your oil and gas finance requirements are straightforward or complex, RBS will bring its broad and deep experience of the hydrocarbon sector to bear on them”, and “the thing that makes us different is that we are a truly oil and gas bank.” In case you missed the point, they promoted their services on the website www.TheOilAndGasBank.com.

London-based group Platform started the charge on RBS in a report entitled ‘The Oil & Gas Bank‘ by Mika Minio-Paluello published with the support of Friends of the Earth Scotland, People & Planet, NEF and Banktrack.

Minio-Paluello set it out: “the bank is intimately involved in transforming the carbon locked in oil and gas reservoirs thousands of metres underground into atmospheric carbon dioxide – the main cause of climate change. If carbon dioxide molecules had corporate tags of responsibility, the atmosphere would be filled with RBS logos.” END_OF_DOCUMENT_TOKEN_TO_BE_REPLACED 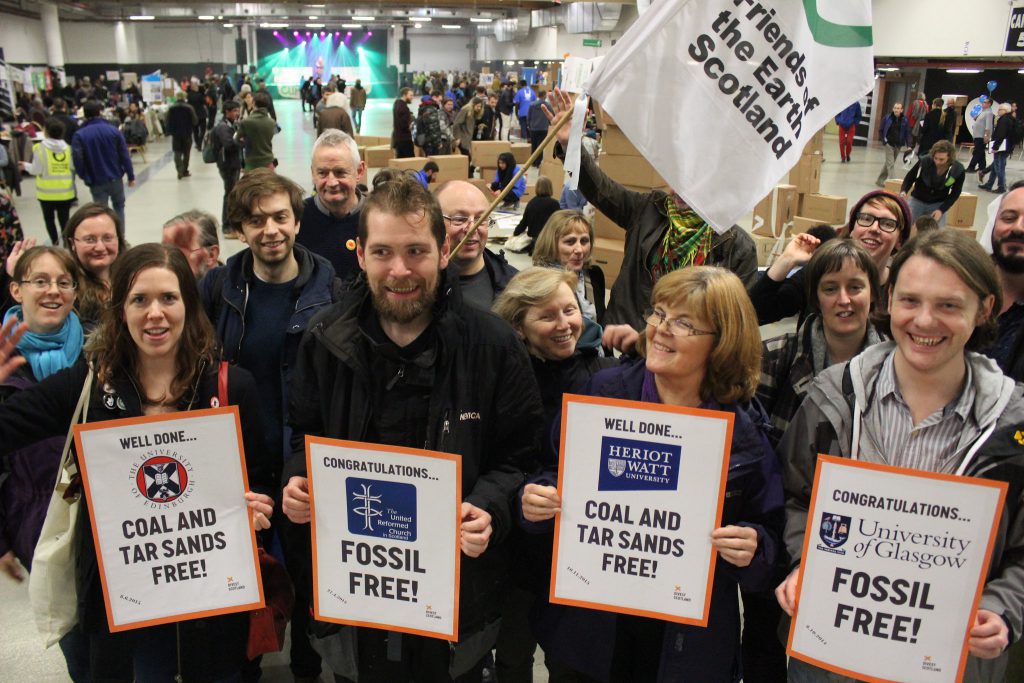 And it’s working. Funds worth $6.15 trillion have made some sort of policy commitment to withdraw from fossil fuels. On 24th May the Financial Times reported that UK investment in green funds had “shot to a record high” with a 500 per cent increase over the last 10 years. END_OF_DOCUMENT_TOKEN_TO_BE_REPLACED

Standard
The successful five year campaign to divest Edinburgh University from fossil fuels should give heart to people everywhere who are campaigning for climate justice in their communities. 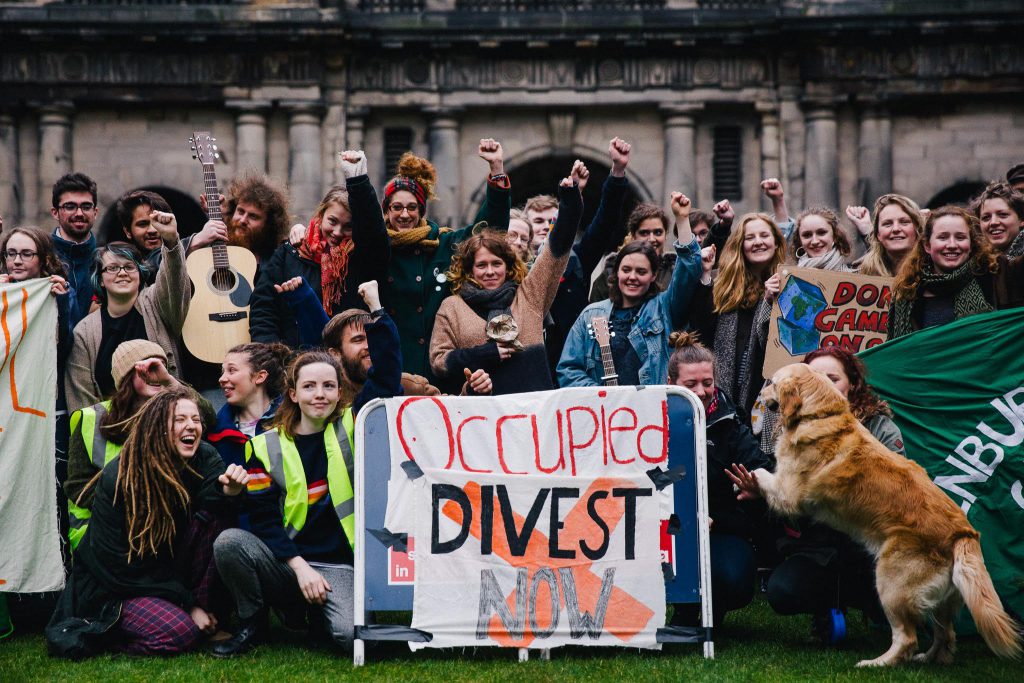 END_OF_DOCUMENT_TOKEN_TO_BE_REPLACED

The UK is in dire need of new investment for housing. Credit: GWN2008

There are a lot of problems we face that we need our government to tackle. Some demand the time of effort of policy makers, like the forging of new relationshops within and outwith our borders, the provision of new rights, and changes in regulations. Others demand cash, for example to increase spending on public services.

Economic investment is different again. Like service provision it costs money, but it in each case it should be a one off. You spend money to do a project – be it public or private – and society is better off afterwards whether or not further investment is provided. END_OF_DOCUMENT_TOKEN_TO_BE_REPLACED

Jeremy Corbyn speaking with Naomi Klein and others in Paris during the 2015 climate summit. Image by Rosa Luxemburg Stiftung.

It’s 2017. You live in a dystopian future where tiny drone aircraft deliver pizzas, oil companies create earthquakes to get the last drops of fuel out of the earth, our fields are tilled by solar-powered robots, people wear video-recording sunglasses and have conversations with their wrist watches, dead rappers perform at concerts via hologram, and a weak international agreement to try and stop the skies from destroying natural life is being torn up by a fascist businessman who has taken over the USA.

Now is a time of great technological change and grave danger, and we need public investment, and lots of it, to get us though it.

Climate change, and the far-right’s rejection of it as a priority, should give us a special reason to panic because every time political leaders fail to act deepens the crisis, every moment we waste makes the task harder.

The (albeit inadequate) Paris deal gave the impression there was a direction of travel, too slow, but at least steady movement. The rise of the right has changed all this.

Whilst many work to show our political leaders and the wider world that climate change matters, Trump’s message of defiance works the opposite way. His actions do matter and will have a real effect. Markets will respond by making fossil fuels cheaper and renewable energy more expensive. Emissions will rise. And many, many more people will die – from extreme weather, heat stress, starvation, respiratory diseases and violent conflicts.

Some extol technological innovation and the power of the market, maintaining that these make political efforts on climate change essentially a side show. In fact the opposite is true; markets, only capable of delivering short-term profit, are unfit for unlocking the scale of capital required for the length of time over which it’s needed to tackle climate change. And in the modern era technological innovation almost always begins with the support of publicly-funded institutions (take silicon valley, digital TV or the web). Only big political support will bring about the fast economic transformation we need to tackle climate change, and we don’t have it. END_OF_DOCUMENT_TOKEN_TO_BE_REPLACED